Make Your Chance – A Story About Language Learning –

Every time he took a step a little perspiration made its way to the surface of his skin and came bubbling through, making itself felt like the steam pushing its way out of the top of a pressure-cookers lid. Just three minutes ago, when he’d left his apartment to walk to university, the sky above his head had shown a blue spot. In those three minutes, somehow the sky had become a rolling mass of grey clouds, and there it was. The first drop of rain. Within one more minute, it was not only fully raining, but the raindrops were bouncing back off the asphalt.

People are sometimes incomprehensibly kind in Japan. Having gone only twenty five more meters since when the rain started, he stopped and considered the option of going back to his apartment which was only four minute’s walk away now, getting changed, and bringing his umbrella with him this time. It was just then that another young man seeing him across the narrow street paused and dashed across the four meter divide, and handed him his umbrella. It all happened so quickly. In a reflex action he held out his hand to the umbrella that had been presented to him, and even before he clicked to what was going on the young college man had released his grip.

It was too late to give it back. For a single moment the college man stopped there opposite him, and smiled a kind smile. “ありがとうございます。しかし、あなたも傘いるでしょう？” He knew it was too late, and kind of feeble to make a protest once he was under the transparent protection of the plastic umbrella.

“いいですよ。私の家はすぐそこにありますから、使って下さい。” He said, and as he said the last words, “Please use it”, he slipped away at a gentle trot, into the rain, never to be seen again by the now slightly wet owner of a plastic and stainless steel umbrella. He made his way the remaining half mile to the university up the slope and long set of stairs. It rains suddenly in Kyoto, and as suddenly as it rains, the rain stops too. 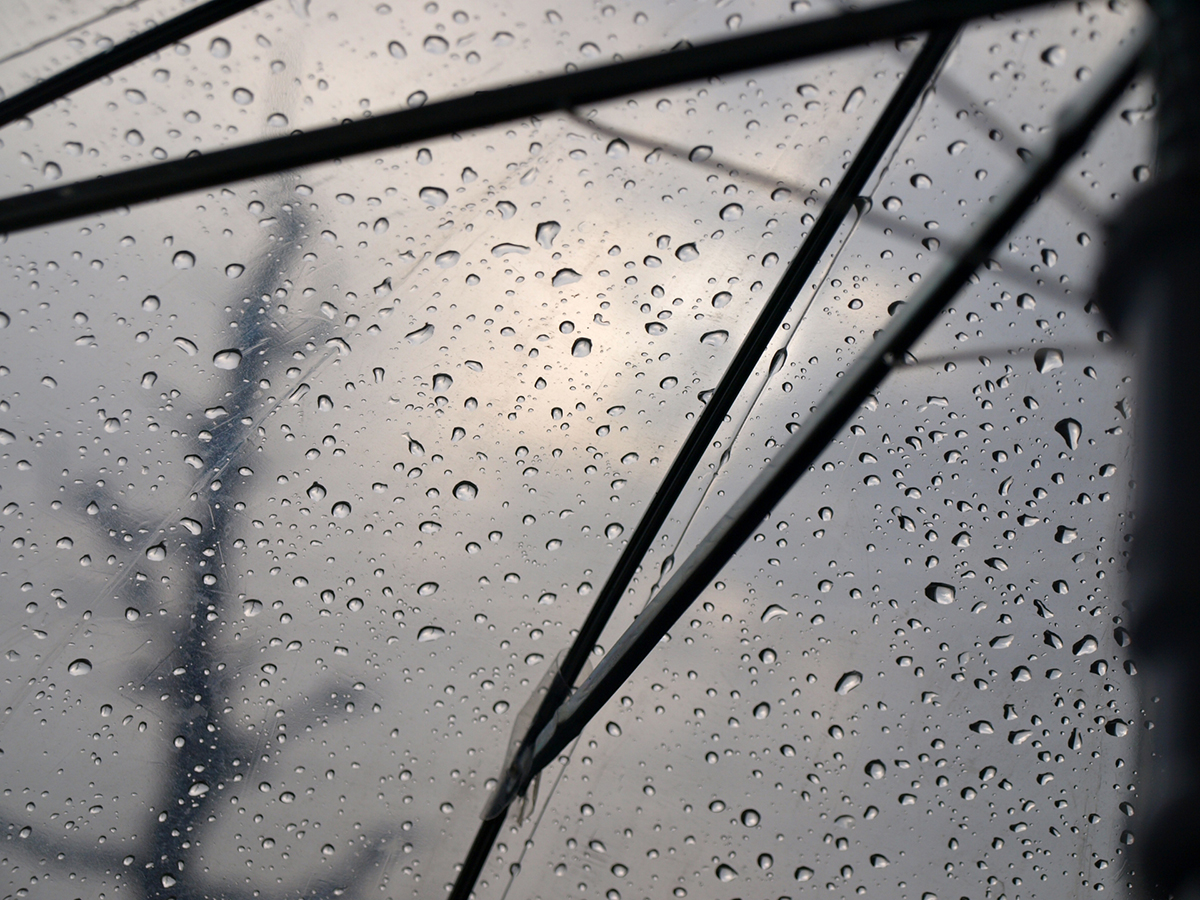 That was one of my first conversations with a Japanese person my own age (approximately 20 years of age at that time), which nobody had set up for me, arranged or encouraged. It was the chance meeting of two people through the unexpected gesture of kindness, and one that I never really had a chance to thank the young man for. He surely must have gotten totally drenched.

Since coming to Japan, and before that while living in New Zealand, I have heard many people say, “I never have any chance to speak English (or whatever language they were studying in NZ while I was there). I have been teaching here for quite a collection of years now, and yet this phrase still lives on. In some ways, I think the opportunities to speak other languages have increased a great deal since the time when I first came here. I think, “I have no chance to speak English” might really mean ‘I’m a little afraid of making the chance to speak English.’ I know this fear is real. I also know that through practice, a student of language can tame this fear, and use it as an energy to drive them on in their study.

What would I do differently if I were 20 years younger, back on the street, just about to be given an umbrella? Maybe nothing. In fact, sometimes in some occasions there is no natural opportunity to make a friend or acquaintance because things happen too fast. But looking back over my time in Japan since 1991, if I could do things a little differently, I would do my best to do more for random strangers. I would be like that young man offering the umbrella. Only, I would not run away, I’d somehow take the chance to get to know that other person, make a friendship, hear their story, and speak even more Japanese than I have done till now.

Please don’t just wait for chances. They run away. Go out, help someone, and make your chances for yourself.